Caffeine is the world’s most widely used psychoactive drug and can be found in coffee, tea, soda pop, chocolate, and many other foods. It is a stimulant that increases alertness and reduces fatigue. Coffee drinkers consume an average of one or two cups per day and about 95% of adults drink some form of the caffeinated beverage every day. In the US alone there are over 150 brands of caffeinated beverages available for sale at any given time!

Caffeine withdrawal is a condition that occurs when regular caffeine users abruptly stop their intake of caffeinated drinks such as coffee, tea, and cola (soda pop). The result is a set of withdrawal symptoms such as headache, fatigue, depression, and trouble concentrating which can be quite severe in some individuals.

In this article, we will share 5 interesting caffeine withdrawal stories.

“I went cold turkey for two days and I also stopped with the soda. The second day I was vomiting, dizzy, had a horrible headache, and could not sleep at all. I found out I got really anxious when trying to fall asleep because of the constant ringing in my ear (tinnitus). On the third day, even though I still felt the exhausting balance was coming back. BUT today is my fourth day without caffeine and that’s where things seem to be getting worse by the hour. My head hurts like hell, I’m extremely nauseous; weak; slightly feverish; very shaky; can’t seem to think straight or focus my eyes on anything…It’s so frustrating because it seems like I have some more withdrawal symptoms that I can’t quite put my finger on. For example; I’m having bizarre dreams (in color) like I never remember. And my memory has been affected too; it’s like my head is filled with mud because I’ve had half a dozen moments where I completely forgot what someone just said to me…And there are moments when I feel like all the blood in my body is rushing to my head and then to my stomach, creating an extremely uncomfortable sensation that feels like motion sickness. It’s hard to explain but it feels like all the blood rushes downwards at once; almost violent in nature.

I miss caffeine so much and I feel so miserable and in pain. But hopefully, all this will soon go away!”

” I had my last cup of coffee on Sunday. Last night was the first time that I have really woken up with a caffeine headache in about 5 or 6 years. For years prior to that, if I didn’t consume at least 2 cups of coffee per day, I would wake up with a raging caffeine headache every morning. A big part of what made it so bad is that I never drank decaf or anything like that…coffee was my drug of choice and it always had to be the strongest stuff available. It’s also not something you can just ignore because nobody else in your family drinks coffee–you have to get up and have a cup just so you don’t wake everyone else up with your screaming. It wasn’t until after I quit caffeine that I realized just how bad a caffeine withdrawal headache could be. The only thing that relieved my suffering was a couple of Excedrin Migraine tablets, which helped immensely. Today the caffeine headache is still there but it’s not nearly as horrible as it was last night–it feels more like a really aggressive tension headache than anything else. So, needless to say, if you think getting off of caffeine is easy…believe me when I tell you it’s not!

I had the WORST headache yesterday when I decided to stop drinking Coke! It felt like my head was going to explode. I also experienced a lot of serious anxiety yesterday which is odd because I am not an anxious person at all! Yesterday afternoon I had a lot of trouble concentrating so learning anything new was nearly impossible. But by this morning my headache is gone, although the anxiety is still lingering…but I’m hoping it will go away soon because that’s just not me! I think the fatigue is what’s getting to me at this point. I’m ready for it to be over!

headache was so bad that I couldn’t stand up straight for two hours.” “It took me five days before my headache went away after giving up coffee. None of my friends understood what was wrong with me because none of them ever had withdrawal symptoms like this!” “The withdrawal lasted longer than three weeks. I’ve never had a headache like this before and it really wasn’t worth the effort to stop drinking coffee.” “When I gave up caffeine, all my friends told me that I’d be back on it again in no time because quitting was just too hard to do. But they were wrong – quitting caffeine is easy!”

Lost my focus and concentration

Back then, I did not even consider stopping caffeine because I did not know that it can cause withdrawal. I just thought “I need this to drive home from work” and so be it! But when the day came when my heart began racing from being so jittery from coffee at 4 pm, I realized it was time for a change… The withdrawal symptoms were intense but manageable. Honestly speaking, although anxiety was present throughout the entire process of giving up caffeine, by far the most difficult part was getting back into focus and concentration. It was like my mind slowed down; everything became blurry and foggy, and taking notes in class felt like an uphill battle!

Loss of appetite and energy levels:

It took about 5 days before my appetite returned to normal (which was great because that meant it would be easier for me to stick with the withdrawal plan). But I did notice another unexpected side-effect. When I stopped drinking caffeine, my workout performance declined significantly at first! Physically, I felt like my energy levels had gone down dramatically and I became easily exhausted. But after a week or two, my body was back to normal. I believe it had something to do with my body’s adjustment period. It definitely took a lot of patience and discipline to stick with the withdrawal plan. But it was all worth it for me!

What Can We Learn from These Caffeine Withdrawal Stories?

-Symptoms are different for everyone depending on their own bodies’ sensitivity to caffeine.

-Withdrawal can take time because it takes time for the body to adjust.

-Symptoms can be physical, mental, or both.

-The withdrawal headache is often so intense that it only goes away with medication from a doctor or from over-the-counter medicine, such as Excedrin Migraine tablets.

-Sticking to a plan makes it easier and more likely to succeed in quitting caffeine!

Caffeine withdrawal stories are far too often told by those who have suffered enormously, for days or even weeks after being introduced to the substance known as caffeine. People take this drug usually without realizing that it can have severe long-term effects on their bodies. Caffeine has the ability to stay in the system of a person for up to ten hours which shows just how much impact it can have on people’s lives, whether they are aware of this or not. We all rely on many different things throughout our day-to-day life but are we really thinking about what is actually happening within us when substances reach our bodies?

Withdrawing Caffeine: Things You Need to Keep in Mind

When quitting caffeine, the most important thing to remember is that it is not an easy task. The withdrawal symptoms are likely to be intense at first but they will eventually fade away after a week or two. It can take some time for your body to adjust to life without caffeine so remain patient throughout the process.

If you are thinking about quitting caffeine then do some research on how long it can stay in the system of different people as well as what symptoms you may experience if you were to quit caffeine suddenly because these are all things that will help you prepare for what you are going to deal with once you quit.

Caffeine is a drug that many people consider harmless making them unaware of its long-term effects on the body. It is not something that is necessary for life but it does make people feel more awake and focused therefore making it extremely difficult for one to simply stop taking the drug when they are used to reaching for it every morning with their cup of coffee or tea, without thinking about how this daily habit will eventually affect them in the future.

These caffeine withdrawal stories show just how harmful this drug can be to the body, and why it is so important for people to realize that caffeine in itself is not a necessary part of our daily lives. Withdrawing from caffeine is not something we should take lightly because we all rely on its effects when we need a little extra energy throughout the day but with so many side effects and withdrawal symptoms that can last for days or even weeks, whether you are aware of these facts or not, it might be time to say goodbye to what has become an addicting habit which will benefit your health greatly in the long term. 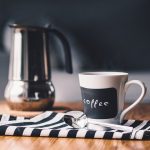 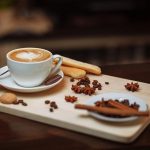