Do you have a caffeine addiction? It is possible that many people do, and it’s time to find out. It is difficult to know whether or not you are addicted if you don’t know what the symptoms of addiction are. This article will outline some signs of caffeine addiction so that you can determine for yourself if your habit needs fixing or not.

1. What Is caffeine addiction?

Caffeine addiction is dependence or habit that a person can form around caffeine. There are many reasons for this addiction, from physical to psychological, and from social to habitual.

How do you know if you have a caffeine addiction? What are some signs you might be addicted to coffee?

There are many symptoms of addiction, but major signs include:

When you first start drinking coffee you typically only need one or two cups to wake you up in the morning or to give you that extra boost of energy. Over time, however, most people find that they need more and more cups of coffee just to achieve the same effects. Some people end up drinking ten or more cups a day, which is incredibly dangerous because caffeine overdose can lead to death.

This is one of the biggest signs of addiction, as many people report feeling an intense craving for their first cup of coffee early in the morning. Most addicts describe this as being similar to the pangs you get when you are extremely hungry.

As with any addiction, quitting becomes increasingly difficult as your body gets used to receiving its fix every single day. Many chronic coffee drinkers find themselves unable to function properly if they don’t get their caffeine intake, and maybe late for work or miss an appointment because they needed that extra cup of coffee.

Related: Caffeine Withdrawal – What to Expect?

What Is the Caffeine Addiction Test?

There are many caffeine addiction tests available to determine whether or not you have a caffeine addiction, each with its own advantages and disadvantages. There are simple questions that quickly assess tolerance, withdrawal symptoms, cravings, and social factors related to your daily intake of caffeine.

It is important to try to pinpoint exactly how much caffeine you are consuming every day so that an accurate assessment can be made regarding whether or not you have a problem. Some people who thought they weren’t addicted actually consumed way too much caffeine on a regular basis! Once you know exactly how much you’re drinking every day it’s easy to compare this number with the results of the caffeine addiction test.

How quickly you need that morning jolt of caffeine is an important indicator as to whether or not you may be addicted to caffeine. If you only drink one or two cups a day then it probably isn’t too much of an issue, but if you find yourself running on fumes until that first cup hits your lips then it’s a good idea to monitor your intake a little more closely.

Do You Know Your Addiction Quiz? Take The Quiz Now! → Do you find that you need more and more caffeine to get the same effect? That’s a good indication that you’ve become somewhat addicted. If you drink a lot of coffee or caffeinated tea or energy drinks throughout the day then it is normal to have just a little less kick from each cup, but if you’re drinking around 10 cups of coffee every single day then you’re going to need an awful lot just to function normally!

If your hands shake when it’s time for another cup of coffee, if you can’t go even ten minutes without a caffeinated beverage in order to keep going, or if any other compulsive behaviors concerning caffeine develop then it’s a good bet that you’re becoming physically addicted to caffeine.

There is no denying it, if you go more than eight hours without consuming caffeine then your body begins the process of withdrawal, just like any other drug or chemical that you put into your system. If you don’t drink coffee for most of the day and then only have one cup just before bedtime then this particular test item does not apply to you… but if coffee, tea, or anything with caffeine is involved in pretty much every part of your daily routine then there’s a good chance that you are experiencing negative effects as a result of caffeine withdrawal during those times when your drug of choice is not readily available.

It’s pretty obvious if the answer to this one is ‘yes’. Caffeine addiction often goes hand in hand with poor lifestyle habits, especially if you are an addict who has reached the point where your body needs caffeine just to function normally on a day-to-day basis. If you find that life without coffee or some other form of caffeine makes it difficult for you to get out of bed in the morning then it may be time to cut back on your intake until you no longer need it on a regular basis.

It’s one thing to enjoy a cup of coffee in the morning and another altogether to feel like you need it just so that you can handle social occasions. If your life is full of activities that revolve around caffeinated beverages then there’s probably a problem, especially if the only reason why you’re attending these activities is that they involve drinking! It’s okay to be unable to imagine having fun without caffeine but if this is always the case then it may be time for a change.

Caffeine stimulates both the heart and the nervous system, and when consumed in large quantities can create feelings of anxiety or agitation. If you are addicted to caffeine then your body is so used to the drug that it doesn’t know how to function without it and begins to produce physical symptoms during times when there aren’t any caffeinated beverages available for ingestion.

Answering ‘yes’ to just one of these questions does not necessarily indicate addiction, but if you answered ‘yes’ to three or more of them then it’s safe to say that you’re probably experiencing some negative effects as a result of consuming high amounts of caffeine on a daily basis. If this describes your lifestyle then now might be a good time to take a break from caffeinated products and see what happens – you might be surprised at the results!

How to Stop a Caffeine Addiction(Helpful Tips)

If you want to give up caffeine, there are plenty of ways in which you can do it. the following steps will help:

Gradually cut down on your daily dosage

Cutting out caffeine completely is not recommended and could lead to potentially dangerous withdrawal symptoms. Instead, try cutting down by maybe one cup a day until you are used to drinking fewer cups. This makes quitting easier because the majority of caffeine addicts have trouble giving up their dependencies all at once, so they are likely to just get back into their bad habits if they attempt to stop cold turkey. There’s no reason for this dependency- the only reason people drink coffee is that they believe it boosts their energy levels, but it doesn’t!

Many studies have shown that exercise can actually help to increase energy levels, which will make it easier for you to function without your daily dose of caffeine. Plus, when you exercise more, you’ll be able to take advantage of the euphoric “runner’s high”, which is another great reason to exercise more often.

Bright light can stimulate wakefulness and alertness, so spending time outside will help you stay energized throughout the day without touching another cup of coffee.

Avoid caffeine-laden drinks like soda – It’s no secret that sodas are bad for you, but most people don’t realize why. Sodas contain huge amounts of caffeine and sugar, which can lead to adrenal fatigue if consumed in high dosages over a long period of time. Not to mention, artificial sweeteners found in beverages like diet soda do nothing good for your body either.

The caffeine addiction test is useful in determining whether you are an addict. It will help you learn more about yourself and allow you to change your habits for the better. Hopefully, this article helped you understand more about the dangers of caffeine addiction and how to overcome it. 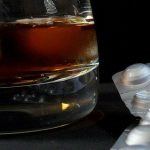 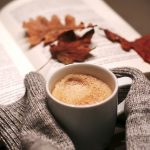