Many coffee lovers tend to maintain a one or two coffee cups routine per day. However, some individuals go up to three cups a day i.e. one in the morning, and the rest as the day goes on. This coffee drinking habit ends up making most coffee lovers dependent on coffee since others can’t seemingly stay awake without having their cup for the night or in the morning. Caffeine can be quite addictive especially after being used on a daily basis. When many coffee lovers realize that they might be addicted to this stimulant beverage, they start reducing their intake from time to time and this is where withdrawal signs and symptoms come in. In this post, we’ll check out the Caffeine withdrawal diarrhea symptoms many coffee users experience as soon as they taper their coffee intake. Coffee users might choose to quit due to high costs if the ‘specialty’ coffee they are using gets way expensive. On the other hand, many choose to step down due to the side effects brought about by excessive intake of caffeine.

Before we look at the withdrawal symptoms of cutting off your caffeine consumption, let’s check out the effect that coffee has on your digestive system. Caffeine is responsible for triggering peristalsis i.e. The process of moving ingested food through one’s gut. Upon drinking your cup of coffee, the caffeine will stimulate your colon muscles to contract then end up relaxing. This will give you the urge and need to rush to your bathroom once or twice to empty your bowels. This is why some users might go through diarrhea a few moments after one cup

Upon taking your morning cup of coffee in the morning, you might experience the urge to go to the bathroom. This gastrointestinal side effect is popular amongst many coffee lovers. However, this case might vary from one user to another due to the different adaptation levels and reactions after caffeine intake. Diarrhea is usually caused by excessive coffee intake especially if one takes up to five cups a day. Remember that diarrhea isn’t necessarily caused by taking coffee even if you experience it immediately after drinking your cup. It’s usually caused by bacterial infections and reactions with intolerant foods which might contain sugar or lactose. Therefore, if you’re either infected, on medication, or experiencing diarrhea in the first place, you’re advised to stay away from coffee to avoid worsening your current situation.

Related: Caffeine Withdrawal – What to Expect

Wondering whether you might be experiencing coffee withdrawal symptoms after stopping your coffee intake? Hereby, we’re not only going to show you caffeine withdrawal diarrhea, but also other withdrawal signs related to caffeine usage. These are the signs and symptoms one might experience in case they bring their caffeine intake to a halt after drinking it for quite a long period of time:

This is one of the most popular withdrawal signs many individuals face when trying to limit their coffee intake or quit at once. This withdrawal severe headache is usually similar to a migraine whereby one experiences a harsh headache on one side of their head. This headache usually comes along with vasodilation whereby your blood vessels are widened in the neck and head as well. Therefore, quitting coffee users can experience withdrawal symptoms similar to a severe migraine.

Also known as mental fogginess, this withdrawal symptom is experienced when one’s brain can’t work efficiently especially if one is trying to withdraw from using caffeine. Researchers have shown that one’s mental performance might go down after quitting coffee, especially when working on intensive tasks that require a lot of mental activity. This withdrawal symptom is usually a reverse effect of the stimulating effect enhanced by caffeine intake. You’re therefore advised to keenly taper off your caffeine intake instead of giving it a sudden stop.

Being dizzy or light-headed is a very common sign for withdrawing caffeine users. This usually happens a few hours after your last coffee dose. That’s why you’re advised to make the withdrawal process gradual rather than making it abrupt. Declining your caffeine intake can be a difficult process that might require a lot of patience. If you feel dizzy at some point, you might have to sit or lie down to relax and regain your balance. This is the second most experienced symptom after headache and the Caffeine withdrawal diarrhea symptom.

This is another common caffeine withdrawal symptom that involves an upset stomach which leads to nausea. It’s usually experienced by some users who’ve been regularly taking their morning coffee. If they fail to take a cup after making coffee drinking a habit, they might start experiencing the nausea feeling whereby they might feel like vomiting.

When withdrawing from coffee drinking, you’re advised to make the process gradual rather than abruptly bringing it to a sudden halt. You’re recommended to start declining your intake by 10% from week to week. This will obviously reduce the withdrawal symptoms someone is likely to experience after cutting down their coffee drinking habits. By doing this, you’ll barely have any noticeable withdrawal signs. Moreover, you’ll easily replace the caffeine foods with other decaffeinated or caffeinated versions of the meal. You can as well reduce the amount of coffee you drink from 3 cups a day to a cup or less a day. As time goes by, you’ll reduce the amount to a cup per day and even start decaffeinating your coffee before drinking it. It’s a slow but sure process that will likely take a few weeks.

Before we call it a day, we believe you’ve checked out and understood all the caffeine withdrawal diarrhea signs and symptoms commonly experienced. Upon noticing any of the above withdrawal symptoms, the coffee drinker should work on their caffeine intake gradually but significantly as well. You’re advised to begin reducing the amount of daily intake instead of pausing this habit abruptly. These symptoms can be experienced a day or two after taking your ‘last’ coffee cup and they can last from 10 to 15 days or even up to three weeks. You’re advised to take a strategic approach to make sure you handle the withdrawal symptoms easily rather than start battling with the side effects. 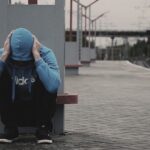 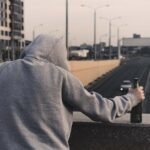