Caffeine is a stimulant found in coffee, tea, cocoa, and cola. It’s the world’s most widely used psychoactive drug. It can make you feel more alert and focused after drinking it. But too much caffeine can also cause anxiety attacks. And for some people, even one cup of coffee might be enough to trigger an attack. If you are worried that your caffeine intake is causing panic attacks then there are steps you can take to reduce the risk of this happening again. In this article, we explain some caffeine panic attack symptoms and what you can do to reduce the risk of a caffeine-induced panic attack.

What Is a Panic Attack?

A panic attack is an intense feeling of terror, fear, or apprehension that suddenly comes on. It is often followed by physical symptoms, such as shaking, breathing problems, heart palpitations, and chest pains. A panic attack lasts for a few minutes but the sufferer may have feelings of anxiety for hours or even days after the event. A panic attack may be triggered by various situations, ranging from seeing a spider to being in a crowd of people. A person with this disorder will often worry about having another panic attack, or how they might cope if they did, and their worry may cause them to avoid certain situations.

What Is a Caffeine Panic Attack?

Panic attack symptoms from caffeine A caffeine-induced panic attack is a strong feeling of terror that may occur after consuming too much caffeine. It is difficult to know exactly what causes a caffeine panic attack. Caffeine stimulates the nervous system, which increases adrenaline production and blood flow. This can result in feelings of anxiety, jitteriness, and panic for some people if they take too much of it.

Caffeine agitates your mind and body. It makes you feel more alert by stimulating your brain cells. But when taken in large amounts on an empty stomach, caffeine can be a cause of high anxiety levels; especially if you have been used to having low or caffeine before then.

Caffeine does not directly cause panic attacks. It is more likely to bring preexisting anxiety to the surface.

When you get anxious, your body produces high amounts of GABA. But when you drink lots of coffee, it reduces the amount of GABA in your brain. This can make you feel agitated or jittery because there isn’t enough GABA in your system to inhibit stimuli. A study found that people with panic disorder are sensitive to caffeine intake; even patients without a history of anxiety experienced an increased heart rate when given caffeine.

What Are Caffeine Panic Attack Symptoms?

Symptoms of a caffeine panic attack You may develop caffeine-induced panic attack symptoms when you: Drink too much coffee and don’t eat it with food. Consume more than four cups of coffee in one day. Drink caffeinated tea or soft drinks without eating them with food. Not used to drinking lots of coffee or other caffeinated beverages before then, and drink them on an empty stomach. The nervous system becomes easily agitated or restless due to caffeine-induced imbalances in the brain and body.

In general, caffeine panic attack symptoms that can be caused by too much caffeine include:

Symptoms of a caffeine-induced panic attack include:

Symptoms of a caffeine panic attack can also include muscle spasms, confusion, tremors, and sleep disturbances e.g. insomnia. A caffeine-induced panic attack can last from 10 minutes to an hour. Some people experience a feeling of impending doom that lasts throughout the panic attack.

If you take caffeine on a regular basis, your body becomes less sensitive to it as time goes by and you may need more caffeine to get the same effect. This is called tolerance. You probably won’t feel any side effects when you drink two or three cups of coffee in one day, but if you suddenly increase your intake to four or five cups this will trigger symptoms of caffeine overdose.

If you have frequent panic attacks, even if they are not linked to caffeine, it is a good idea to visit your GP and ask for a referral to a mental health specialist (such as a psychiatrist) for assessment and treatment. This is especially important if the attacks are causing you significant distress, interfering with your daily life, or keeping you from doing things you usually enjoy.

Caffeine works by blocking receptors for adenosine in the brain. Adenosine is produced when cells use energy. Normally it acts to slow down nerve cell activity so that we feel calm and drowsy. When caffeine blocks these receptors, this leads to an increase in adrenaline production which gives us increased alertness and arousal. But if too much caffeine is consumed the body becomes overstimulated by all of this extra adrenaline, leading to feelings of anxiety which can trigger a panic attack. Too much caffeine can also lead to increased heart rate and blood pressure, which can cause chest pain and increase feelings of panic.

Are You Likely to Suffer Caffeine-induced Panic Attacks?

If you routinely drink over 600mg of caffeine per day, you are at risk for caffeine-induced panic attacks. If you only occasionally have a cup or two of coffee, your chances of having an attack are very unlikely. But if you regularly drink four or more cups per day then the likelihood that this will trigger an attack is high. Caffeine relaxes smooth muscles but in some people, it can cause them to contract instead (causing tremors, jitters, etc.). This may be even worse for a person who already suffers from. That said, there is no specific amount of caffeine that can be considered ‘safe’ for all people to drink. If you are worried about your caffeine intake causing panic attacks, then one thing you could do is gradually reduce how much coffee or tea you have until the symptoms improve

How to Avoid Caffeine-induced Panic Attacks?

To reduce the risk of caffeine-induced attacks, it is best if you slowly reduce your intake over time so that your body has a chance to adjust. Some people may not experience any withdrawal symptoms when they give up caffeine but others will notice headaches and nausea. You may feel tired initially but this should pass within a few days. Gradually decrease your daily intake by only having half a cup less each day until you are at 600mg per day or below. If you find it difficult to keep track of how much caffeine you are taking in, try keeping a diary and count the number of cups per day for one week. Keep in mind that caffeine is commonly found in (e.g., chocolate), energy drinks, and over-the-counter painkillers such as paracetamol, ibuprofen, or aspirin.

Can You Avoid Panic Attacks With Good Lifestyle Changes?

Not everyone with panic disorder has problems with caffeine but if you think this might be contributing to your anxiety (and particularly if consuming large amounts) then it can certainly help to reduce your intake. Of course, making other lifestyle changes such as regular exercise and relaxation will also go a long way towards reducing your risk of panic attacks. Sometimes the link between caffeine and panic disorder is not that clear, especially if you are only experiencing occasional panic attacks. If this is the case for you, it may be worth gradually reducing your intake over time to see if this helps.

If you find that your panic attacks are triggered by caffeine, then it may be a good idea to reduce your intake gradually. This will help prevent the unpleasant effects of withdrawal and make sure that your body is given a chance to adjust properly. 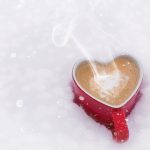